Probably the most creative and cheerful people in India are the long-haul truck drivers. India comes second only to Pakistan in the elaborated beauty and diversity of trucks. 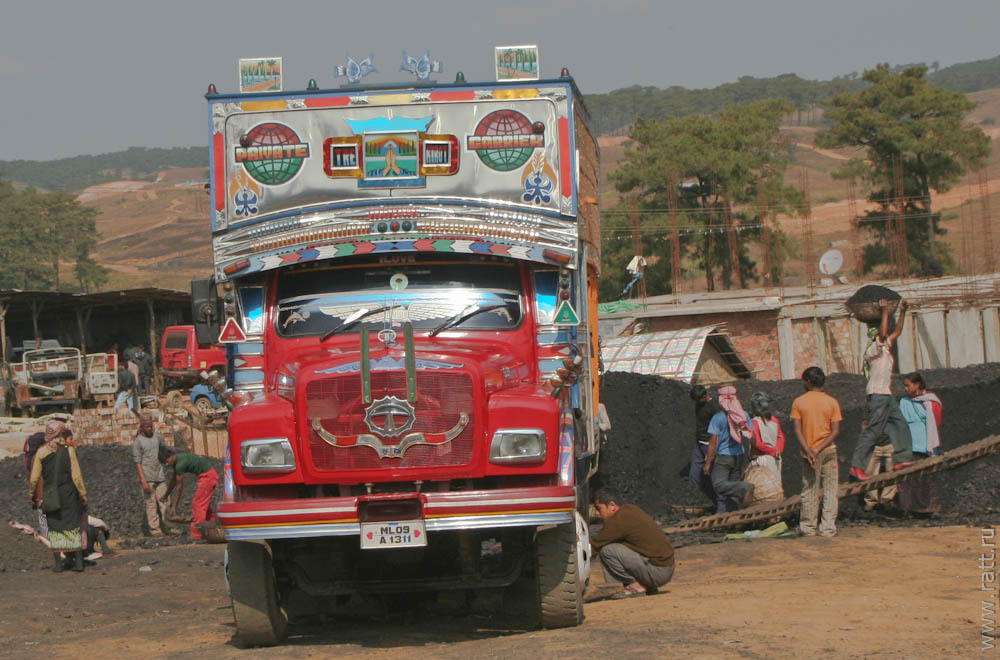 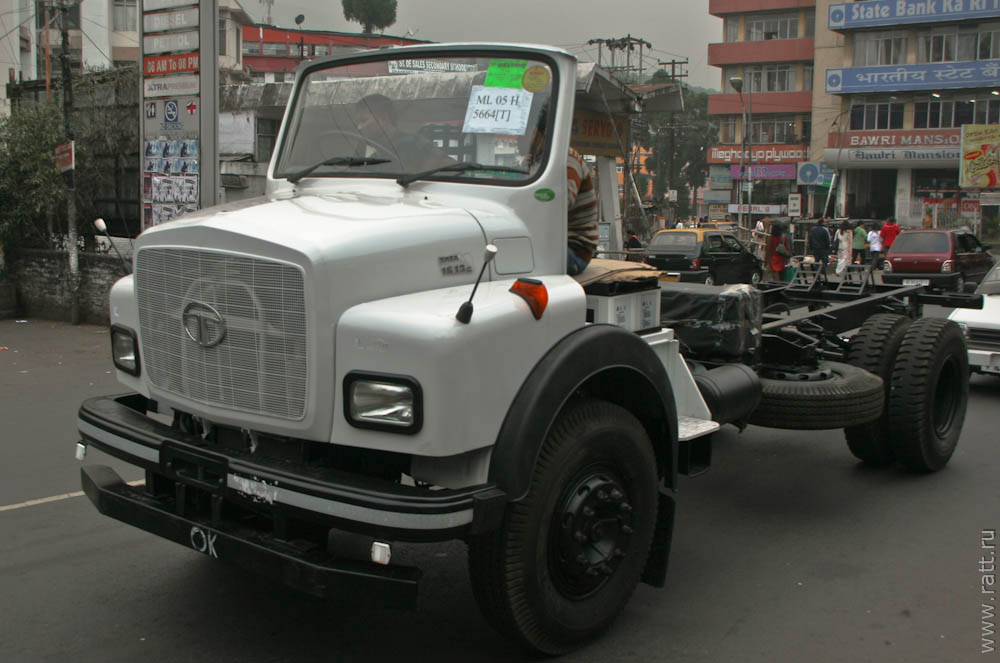 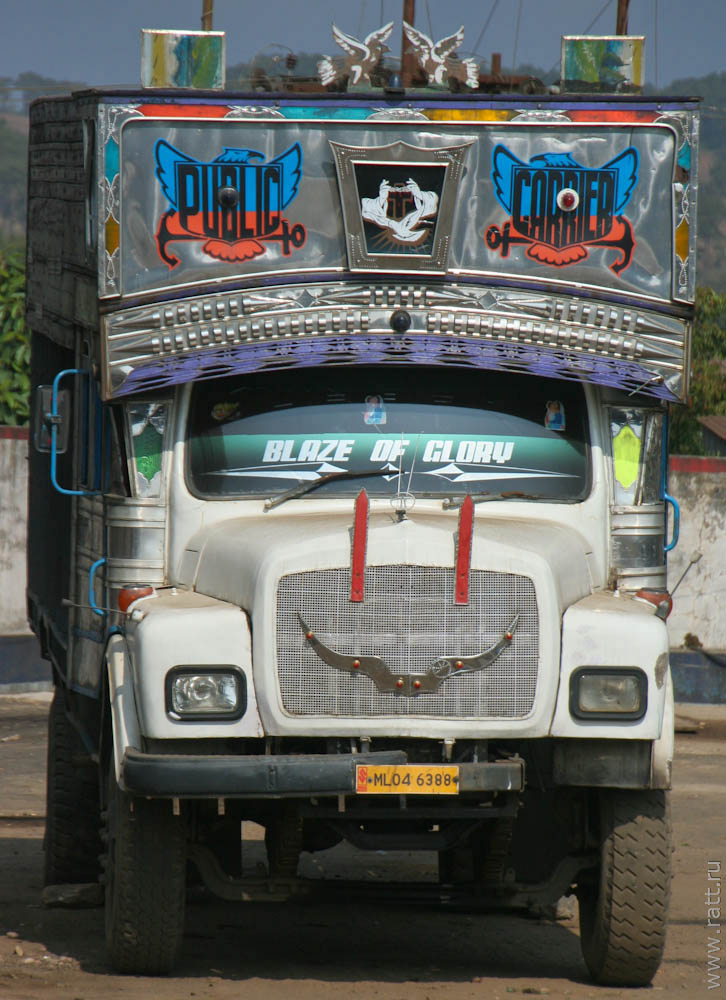 Truck painting is a profitable business, and good truck painters, having a good grasp of the truckeк symbolics are always in high demand.

Trucks can be read as a book: whether they are public or private carriers, what permits do they have, who is the proud painter. 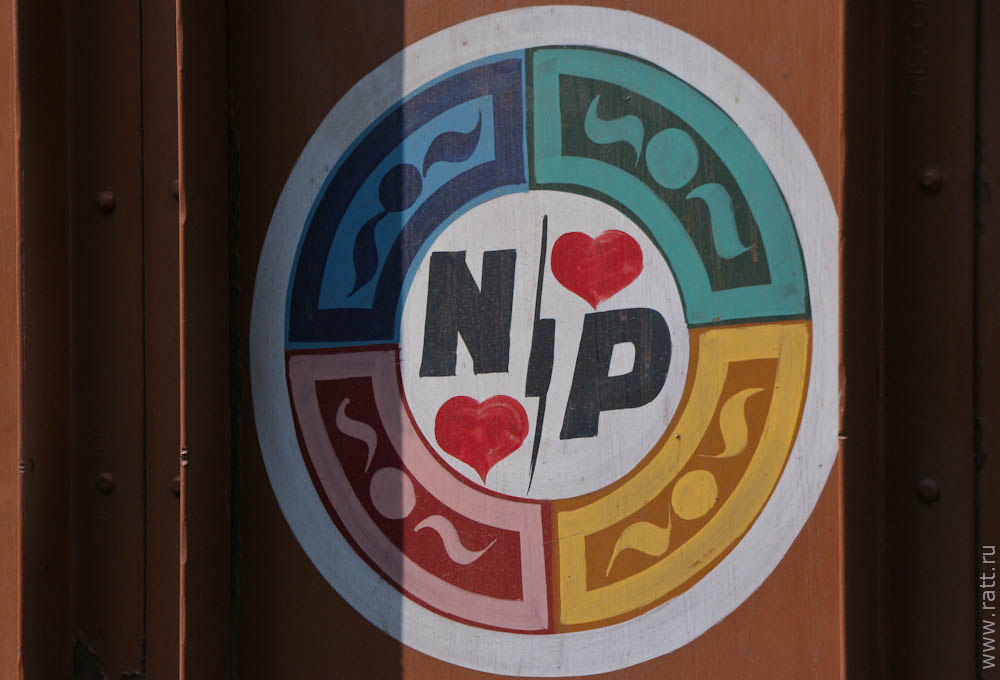 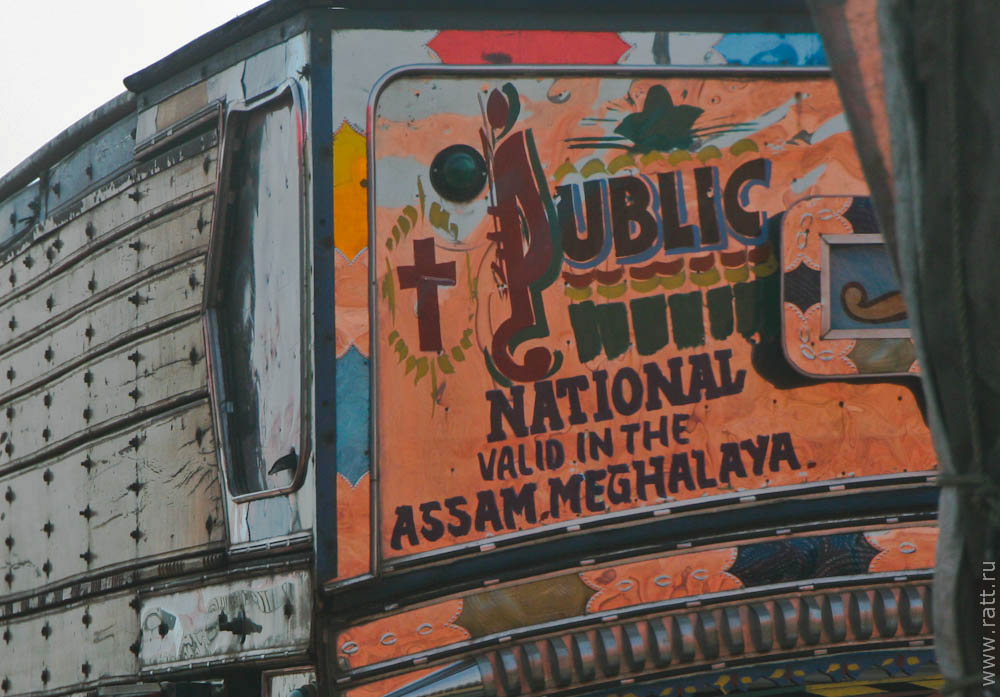 More often you will see the list of states permitted for thу carrier’s operation. They rarely include the restricted states of Arunachal Pradesh, Manipur and Nagaland, that require special permits

Another important element of decoration is an allegoric reflection of the owner’s confession. In Meghalaya the majority of trucks have Christian symbolics. 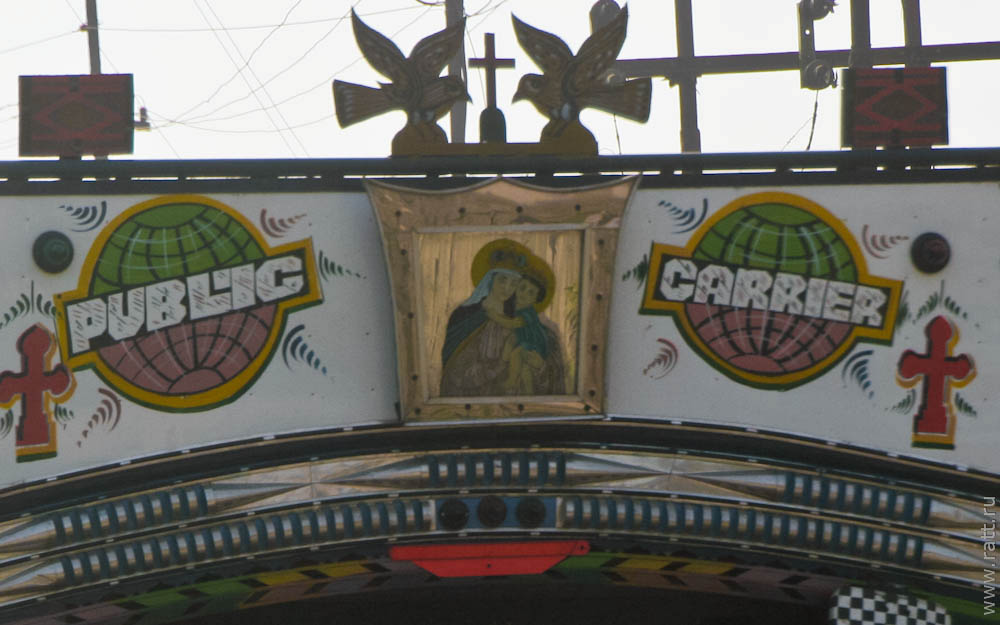 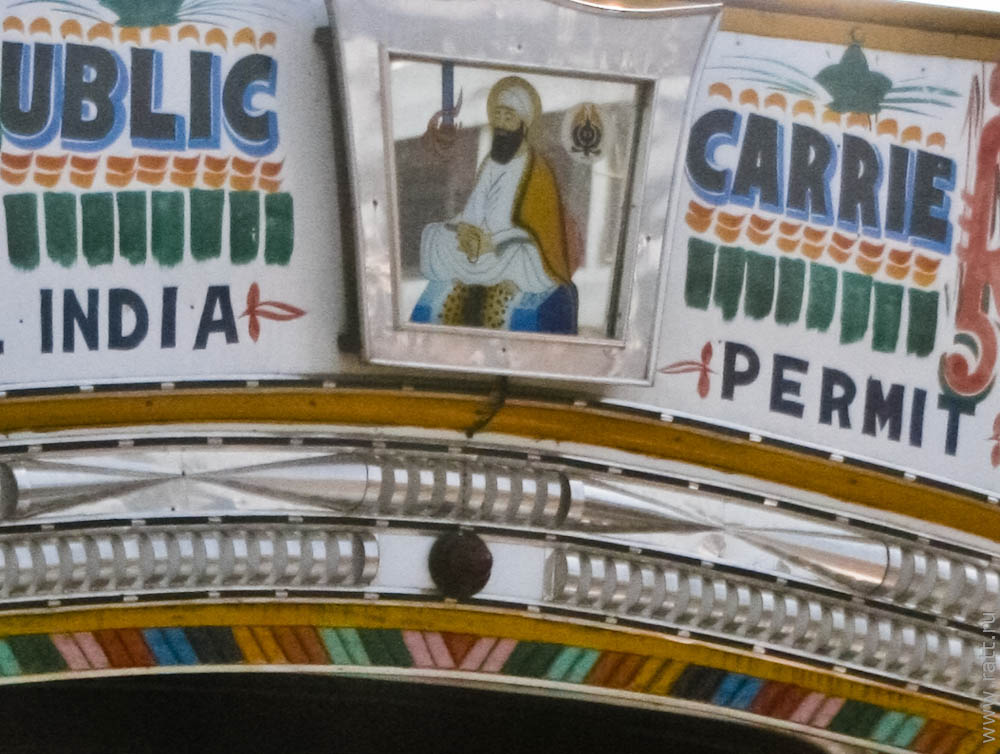 Vehicle belonging to a sikh. Guru Nanak. the founder of Sikhism, is sitting in an obligatory turban (men sikhs never cut their hair and always wear a turban to hide it beneath) and with beads. In top right angle is a saint symbol of khanda 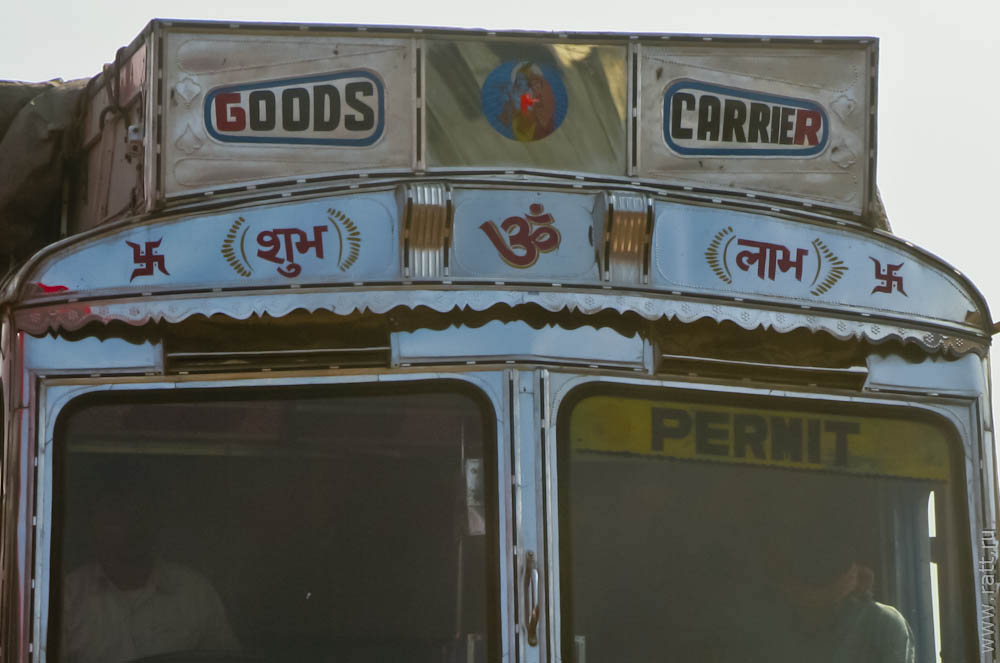 And here’s a Hinduist truck with an Ohm syllable and swastikas on its forehead. Its icon is the cloud-like Lord Krishna with a flute and a spouse

Sometimes the symbols are so elaborated, its hard to guess what they are meant to tell. 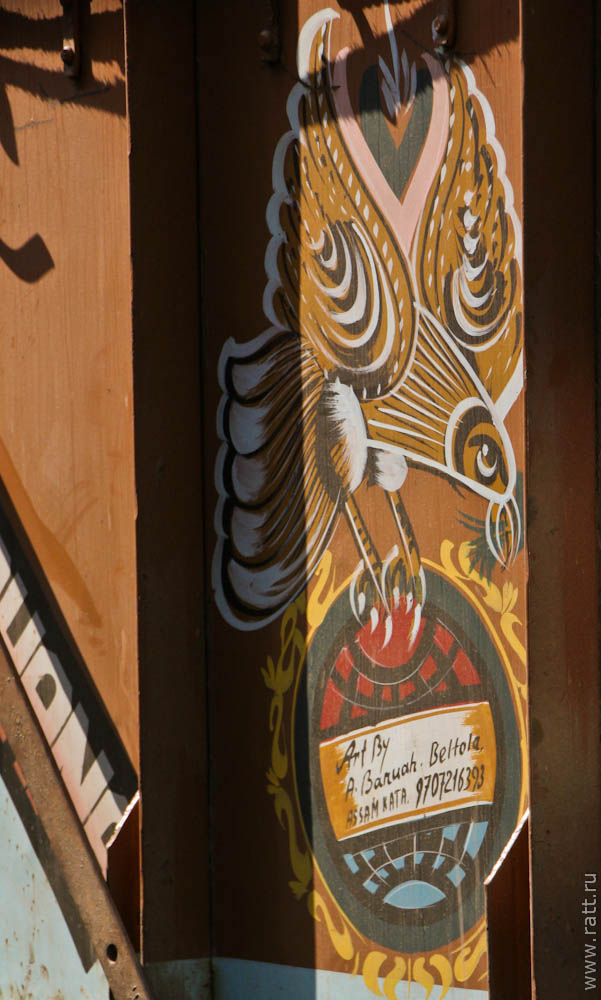 Here’s Garuda, the sacred eagle, gripping on the globe. Garuda is the carrier of Lord Vishnu, which makes him the most important figure among other carriers. The world is wrapped by a band stating: “Art by Beruah Bertola, Assam. Telephone:… “ 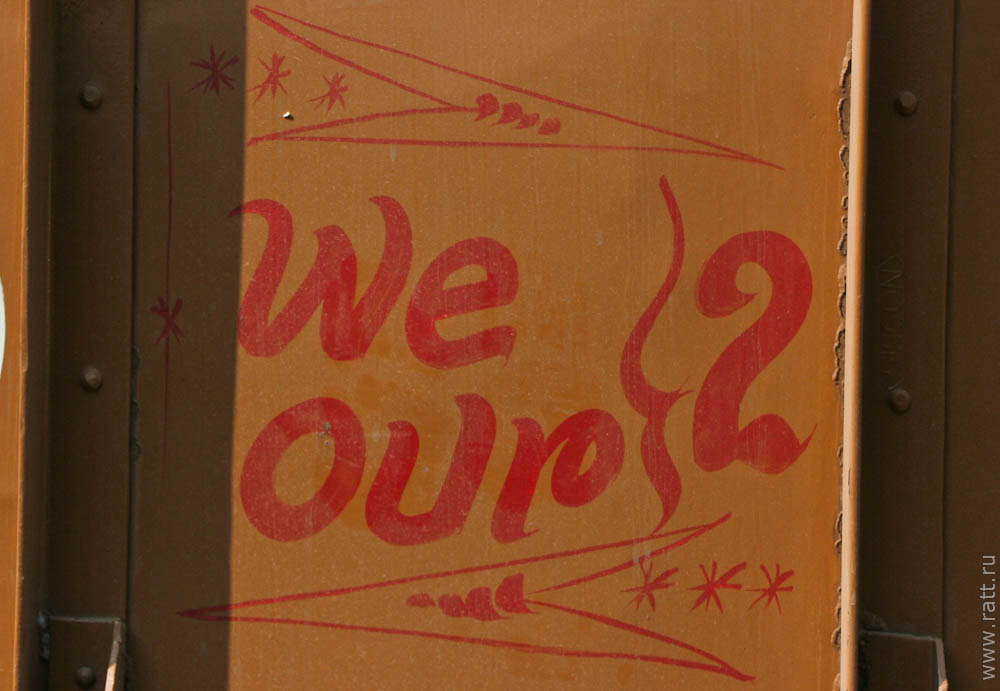 Do you have any clue, what this could be??

Indian trucks, so different in attire, still have some beauty canons. This relates to colour: a truck can never be mainly blue, green and by no means grey. Most often you will meet bright orange vehicles: 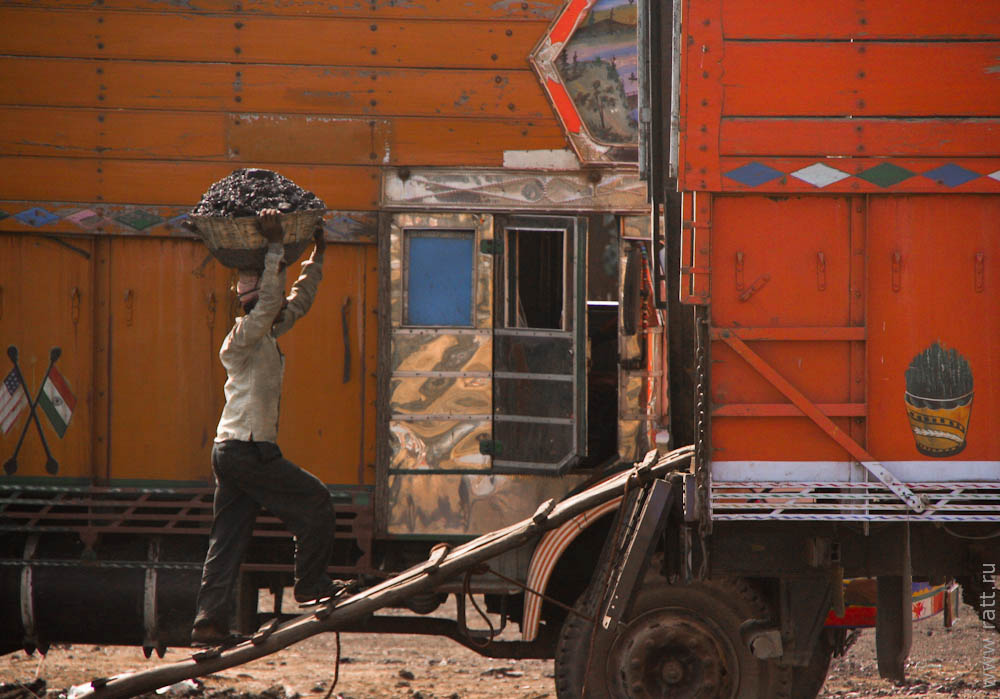 Tata trucks are driven along the roads of India with might and main. They are not very expensive, so their durability can sometimes be also “poor”. 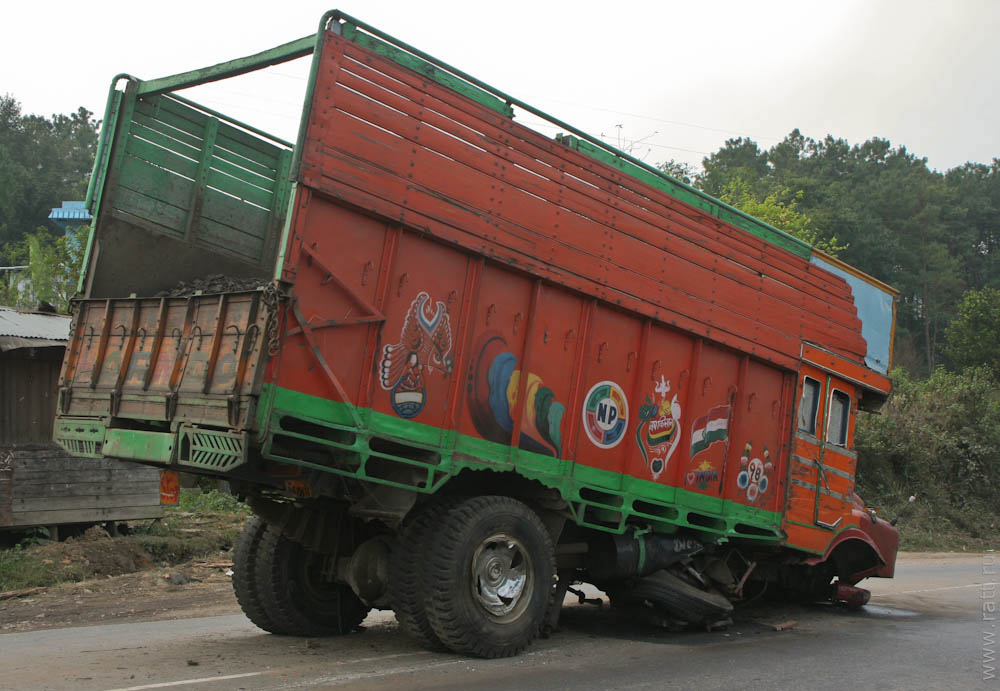 Sometimes whell-legs “sink” beneath them and they fell headlong to the pavement. Even the sacred Garuda was of no help here 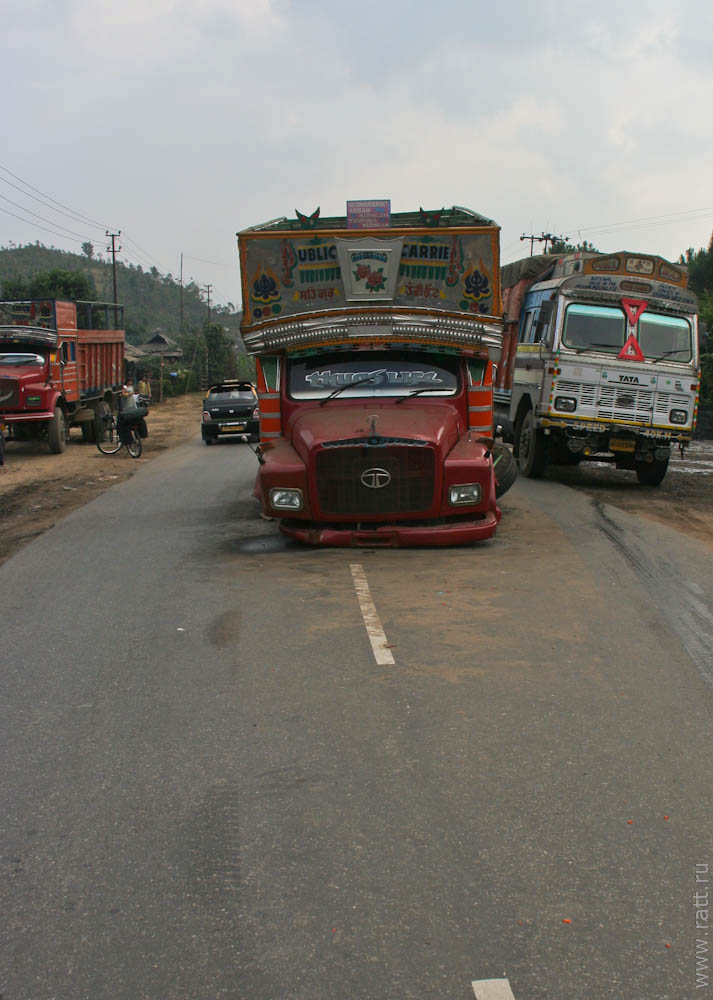 First thing to do is to unload coal and send it to the customer. Then you can think, what to do with the poor wreck

Sometimes it can be even more sad: 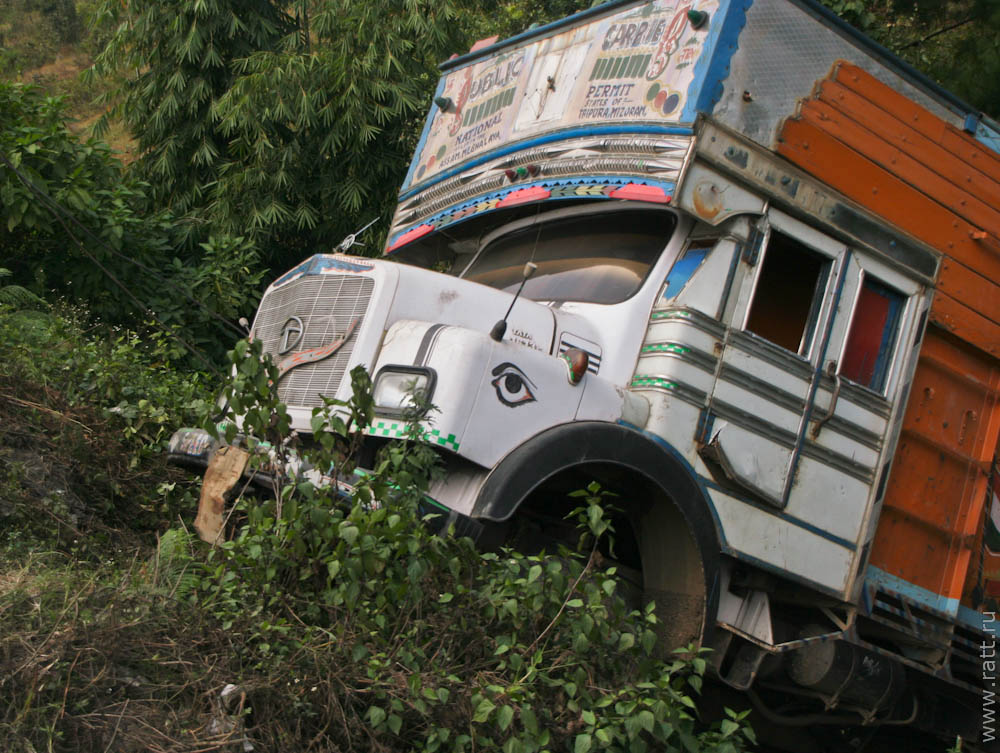 This truck is lucky – the roadside fells not too deep

Riding a bicycle among these endless columns of trucks is not a pure joy. However, sometimes there couls be advantage to it. 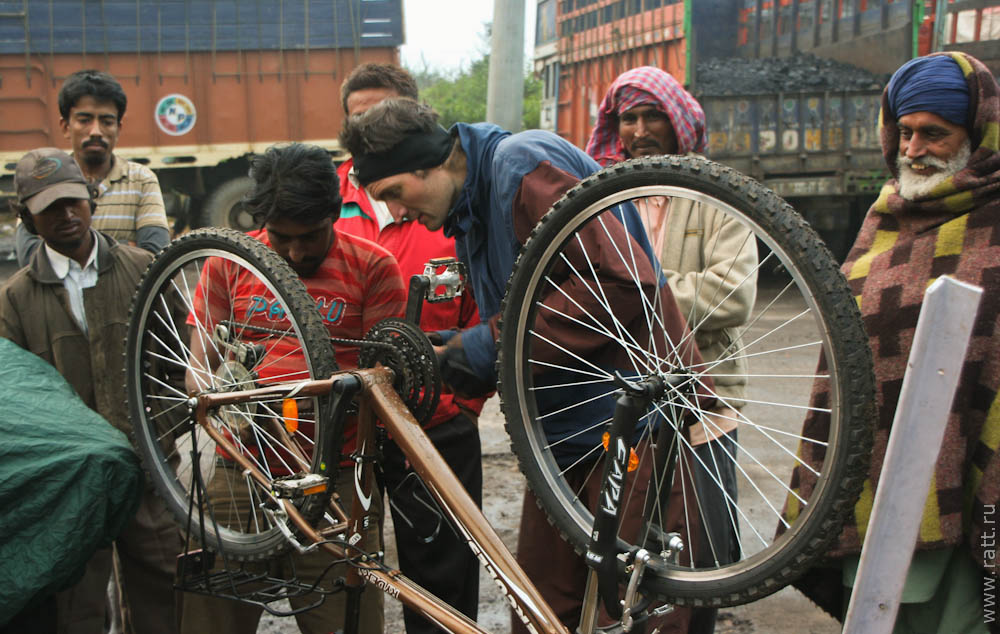 If you think that all modern mount bikes are on eccentrics, you are sadly wrong. As soon as we fell behind the team’s “mechanic” with a spanner – my tyre went flat. Immediately a professional support crew grew around us, helping to solve the problem and having all the necessary tools

This entry was posted in Rainbow and tagged India, North East India. Bookmark the permalink. 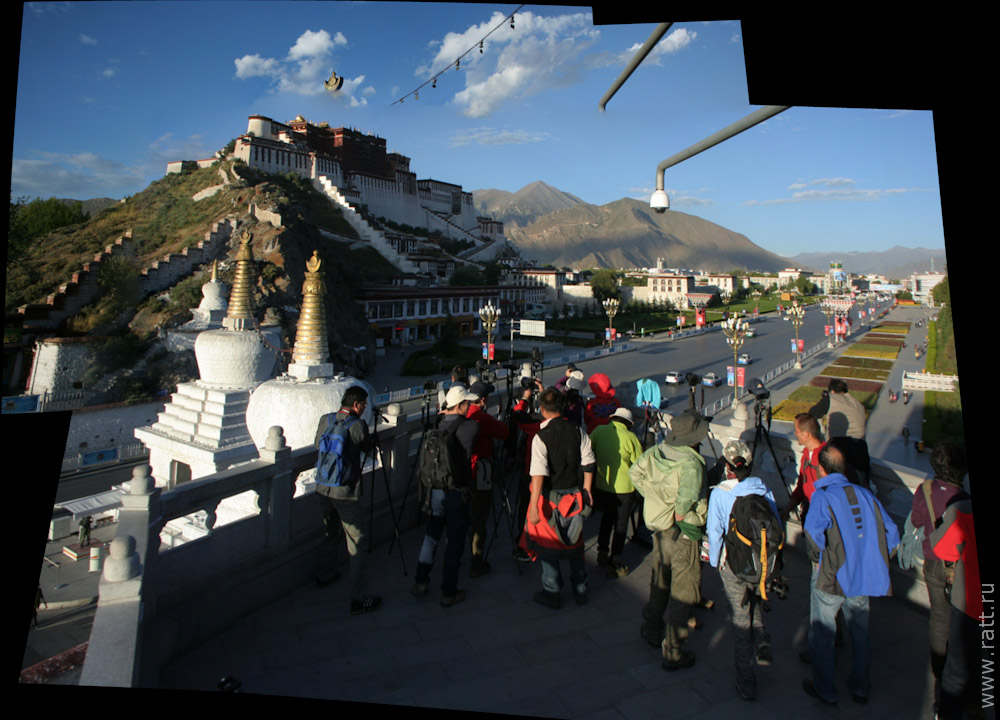